A downloadable game for Windows

Lofi Ping Pong is a rhythm game where you've got to hit the ball according to the songs' rhythm. The winning rule is simple - you have to reach the songs' end.

There are several modes which will make the game harder, but not all of them are in the demo now. This demo version will just have a short tutorial in the beginning and a free play mode where you can choose a track to play. Although you can't download your own tracks now, it will be available in the full game later.

The least interesting thing - story mode. It is now cut from the demo but also will be available later. Basically, it's just the chain of predetermined tracks and levels with a little bit of text (but it will be awesome, believe me).

For those who already played this demo. Orange tracks are those that will appear in the finished game, white ones will not (because I don't own them and I picked them just for this non-commercial demo). You can find links to all artists in the notepad file.

PLEASE leave a feedback. Bug reports/suggestions/your wet panties - I want it all here in the comment section. If you will record a video of you playing this game, it will be super-mega-awesome. Cheers!

Oops , I saw that at the moment there are no videos on how to download and install this game on youtube , so I decided to bring the download to more people or at least a few who like this style , so they can enjoy and play , but of course , I 'll provide a demo of this game directly with this site, finally, I just came to warn you.

I will post the video on this channel, I hope you have no problem, anything tells me in the chat that I take the video off the air.

Yea, of course, no problem! Thank you :)

(sorry about my english :<)

Holy duck, this game is pure gold, i loved each song, i could only do the normal songs but  probably gonna make a serie about this.

Great game, but there are some little things that makes the game bit unpleasant. I'm playing on Switch and it's not really clear and easy to navigate through the menu.

The game become really hard when balls can switch side at the last moment, I feel like it's super random and it don't feel right for a Rythm game.

Another thing that to my mind would make a great rythm game, is about sound design. What if each of the 3 moves have differents sounds effect, so you can play the game blind. (Pretty much like Rythm Paradise when with one sound you can predict the incoming move)

Hey! There is actually a Voice feature in Settings that will tell you which direction ball is moving.

damn im late to the party

It's never too late

The controls are very hard. There is such a small window to actually hit to ping pong ball that 60% of the time i should of hit it, it misses. Also its near impossible to get more than one left hit in a row. Cool idea though.

-Made a Video. (Steam Version)

"the music... is very very good. probably the reason why i keep playing this game. of course the gameplay is no exception."

man, we arrived in March, what day are you going to launch it for mobile?

I dunno dude, I'm still making new game https://calvares.itch.io/kovox-pitch
and I think I'll finish it in another half a year. I got an opportunity to port it even on Switch, but I have to port it from Gamemaker to Unity which will be... kinda long
I can't promise it will be on mobile, but I do want it myself.

have you thought about making this game for mobile?

When I released it in March I was thinking about that but then other plans got on the way and mobile idea faded out. I am making new rhythm game now :)

I love the style and the music. Great game!

i love it, are you planning to make it online? not only singleplayer?

Thanks! No, it will be only singleplayer. I wanted to make it online when I started developing it, but I am not sure that it is necessary. There will be online leaderboards tho.

Honestly, I don't know how to do multiplayer stuff, but if the game will go viral (heh), I will learn how to make multiplayer and will do it in 1-2 months

can you make a discord server for the game fans?

Sure, I'll make one in couple of days :)

I really enjoyed playing the game. Two bugs that kept making me restart (which you can't do so I had to choose a new song) were:
Sometimes it would send two balls at once rather than one then the other, so I would be forced to miss and one of the balls would slowly float off screen while the timer continues at the top.
Sometimes  the song would start while my character was walking on screen (not in position to receive yet) and I would miss. Rather than failing the music goes away and the camera slowly moves so I can't see the characters anymore.

Thanks for this reply! I did receive  the same bug reports so I'm working on them right now :)

I like the mood this has going, it's appropriately chill. A couple observations I had:

The count-off isn't in time with the song, this makes it hard to start playing and leads to a lot of false starts.

The, I'm just gonna call them "timing squares" should be a bit brighter, as they're hard to see and kinda blend into the background. I would think a lot of people would focus entirely on these squares because they let you know your exact timing, which means Darkness mode is easier than it should be.

Similarly, the effects for wind direction are easy to miss. Having the effect maybe last a bit longer or stand out more, i.e. with color effects, would make them easier to spot. (Take this with a grain of salt, I know I can get tunnel vision in these types of games) The sound cue you have for wind is much appreciated, though. It's just that I wish I could react in time.

I don't think wind should take effect on the first beat of the song. It's hard to predict and also leads to a bunch of false starts.

On the other hand, Wind becomes easier to deal with when you look at the entire board, but because the player can't really look in two places at once, then they're losing out on their timing information (again, gain of salt, tunnel vision)

Thank you very much for this reply. I'll check the count-off math again. I think I played it alone for too long and can't see the difference now, heh. I was already told today that those squares are too transparent, I'll fix that too.

It is a great point on wind effect. I think I'll just make it happen earlier (before the ball changes the direction) and make the last longer. But I don't understand about colour, I thought big white arrows on purple background are perfect ;d

Hi, your game is very cool, I like the music a lot ! It's difficult but in a good way, so congrats !

Check out my game, i'm a new programmer and i'd like to know what people think of my works :)

Hi, thank you for the reply, I'll check your stuff later :) 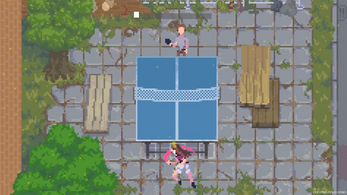 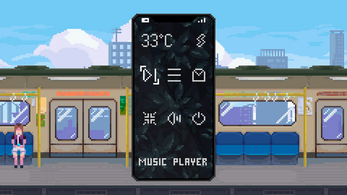 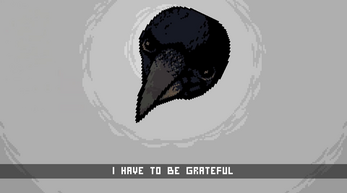 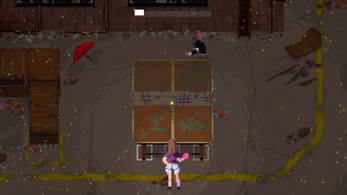